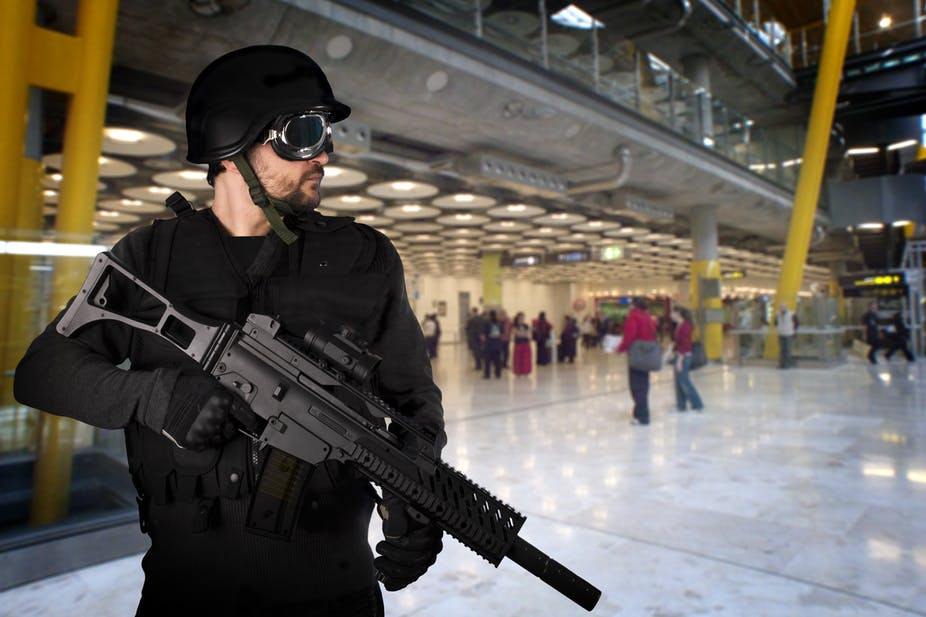 International airports are a busy place to be. Nearly 200,000 passengers pass through London Heathrow Airport every day. The internal security of the country depends on effective airport checks.

All departing passengers pass through a series of security procedures before embarking their plane. One such procedure is a short, scripted interview when security personnel must make decisions about passenger risk by looking for behavioural indicators of deception.

These are referred to as “suspicious signs”: signs of nervousness, aggression and an unusual interest in security procedures, for example. However, this approach has never been empirically validated and its continued use is criticised for being based on outdated, unreliable perceptions of how people behave when being deceptive.

Despite these concerns, the suspicious signs approach continues to dominate security screening: the US government spends US$200m yearly on behaviour-detection officers, who are tasked with spotting suspicious signs. This is a waste of money.

Catch me if you can

Most of us answer questions truthfully because we have no reason to do otherwise. However, for those with mal-intent, truth is not an option if they don’t want to be exposed. Despite a lot of research devoted to understanding and detecting deception, there isn’t a reliable method available to us.

Tightly controlled lab studies show that deception-detection performance is only marginally better than chance. This means in normal situations, such as airports, where there are a lot of distractions and the number of deceivers is far fewer than truth-tellers, detection performance can only get worse.

One can tell when one’s children or spouse are lying because we know what they are like when telling the truth. With strangers it almost impossible. But there are many companies selling suspicious signs methods – and their sales pitch perpetuates the myth. Spotting behaviours from a distance is cheap and easy to implement. So authorities like suspicious signs approaches, because they save money and give the appearance of protecting the public.

Despite disappointing results and challenges to its use, such methods based on studies done in labs are still in use. However, recently, our research has challenged convention, moving out of the lab into the real world: with security agents at many international airports.

We compared the effectiveness of a suspicious signs approach to a new method, called the Controlled Cognitive Engagement (CCE). CCE is a conversation comprising of a number of cognitive questioning techniques. It is designed to be demanding for liars, but straightforward for truth-tellers.

Our research was conducted during routine security screening, with “real” passengers departing on flights at international airports. CCE was developed using the latest research which shows that many aspects of verbal exchanges can reliably discriminate deceivers from truth-tellers. CCE offers an alternative approach that focuses, not on how deceivers behave, but on the nature of the verbal exchange between passengers and security staff.

Some security measure are completely broken

First we trained 97 security officers to use CCE. Once trained, these officers began to screen real passengers using CCE, working alongside colleagues who were using the suspicious signs method. All security agents were fitted with discreet microphones to record screening interviews.

Across the duration of the study, 204 fake passengers, embedded within the normal travelling passenger population, passed through both the CCE and suspicious signs screening procedures. One week before participation, mock passengers received a valid ticket, an itinerary of flights, a deceptive cover story – and a ticketing record was created on the airline electronic database.

The “real” passengers boned up on their stories to be more convincing and arrived at the airport dressed for travel with their passports and their suitcases. To security staff, they appeared completely legitimate. These people – who were from a wide cross-section of nationalities and ranged from 18 to 27 years of age, received £60 each with the promise of another £60 if they successfully passed through the security procedure.

Our results were astonishing. CCE agents identified 24 times more mock passengers (66%) than suspicious signs agents (3%), providing the highest levels to date of deception detection in a realistic setting where the known base rate of deceptive individuals is low.

We thought the CCE method would make it easier to detect deception because it is designed to get the passenger talking – which in turn elicits more passenger information and reduces the amount of time interviewing officers spend talking, allowing them more time to listen and watch passengers.

Because CCE is unpredictable, deceivers could not simply stick to a lie script, and tests of expected knowledge based on information provided by passengers empowered security staff to quickly satisfy themselves as to the veracity of passenger accounts.

Our research shows that current screening methods are not fit for purpose. Methods that use verbal content, such as CCE, presents a much better alternative. Investment in suspicious signs approaches is money wasted.

This website uses cookies to improve your experience while you navigate through the website. Out of these cookies, the cookies that are categorized as necessary are stored on your browser as they are essential for the working of basic functionalities of the website. We also use third-party cookies that help us analyze and understand how you use this website. These cookies will be stored in your browser only with your consent. You also have the option to opt-out of these cookies. But opting out of some of these cookies may have an effect on your browsing experience.
Necessary Always Enabled
Necessary cookies are absolutely essential for the website to function properly. This category only includes cookies that ensures basic functionalities and security features of the website. These cookies do not store any personal information.
Non-necessary
Any cookies that may not be particularly necessary for the website to function and is used specifically to collect user personal data via analytics, ads, other embedded contents are termed as non-necessary cookies. It is mandatory to procure user consent prior to running these cookies on your website.
SAVE & ACCEPT
Scroll To Top